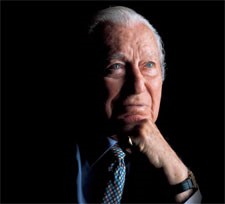 In October 2001, Charles R. Wood donated $1.4 million – the largest charitable gift from an individual in the institution’s history – toward a $3.85 million fundraising goal for a new linear accelerator to administer radiation oncology treatments. In recognition of this significant contribution, hospital officials renamed the hospital’s community cancer center in his honor.

Charles R. Wood served as President of the International Association of Amusement Parks and Attractions. He was inducted into the IAAPA Hall of Fame in 1992. He served on the Board of Directors of the Hyde Museum in Glens Falls, NY; the International Board of the Naples Philharmonic Center of the Arts in Naples, FL; Frederic Remington Art Museum in Ogdensburg, NY; and the Board of the Saratoga Performing Arts Center (SPAC). He was also an avid collector of Frederic Remington’s sculptures and many other famous works of art.

Charles R. Wood once said, “We do what we can for society but it must come from our heart.”

In 1991, Charles R. Wood purchased a 300-acre dude ranch in Lake Luzerne, NY. It is a facility for children with cancer and blood diseases. Double H Ranch welcomes children from 6 to 16 years of age at no cost to them or their families. Today, the Double H Ranch has gained wide recognition for hosting more than 900 children, mainly children with cancer and other blood disorders.

“I never pictured a staff so caring of my needs and concerns, but Dr. Sean Kennedy’s staff, GFH’s staff, and Dr. Kennedy answered all my questions, put my mind at ease, and helped me to breathe again. Thank you.” Derek Slayton Queensbury, NY