Skip to content
History
Home › About › About Us › History

The face of the American hospital was changing rapidly in the summer of 1897 when a group of 12 Glens Falls-area physicians began discussions regarding the establishment of a regional healthcare facility.

Until that time, hospitals were often referred to as “almshouses,” places where the sick and poverty-stricken waited to die. But the dawn of the new century was bringing dramatic advances in American medicine. Hospitals across the nation were chasing away death and promising life and this visionary group of physicians saw a local hospital as providing the lifeblood for an entire region.

Later that year, the hospital was fully incorporated and the search for a suitable location was underway. After many meetings with the newly formed hospital board of directors, a local industrialist by the name of Solomon A. Parks generously donated his home at 48 Park Street for the formal establishment of what became known as Parks Hospital.

With this gift began a remarkable tradition of community support that continues on Park Street today. Businesses and individuals from across the region immediately began contributing to the hospital’s future, filling the building over the next year and a half with the equipment, supplies, furnishings and staff so critical to the institution’s success.

On May 22, 1909, the name of the hospital was officially changed to Glens Falls Hospital, and hospital officials ushered in a new era of continuous professional and technological improvement.

For more than 120 years, Glens Falls Hospital has served the region with quality care in a community hospital setting. We are proud of our legacy and team members who work each day to care for their friends and neighbors. We take our role as a primary provider of high-quality care for our friends, families and neighbors very seriously, and we are proud to be such an integral part of the continued success of the Glens Falls community and surrounding region.

We encourage you to read “Hospital by the Falls: The History of Glens Falls Hospital, 1897 – 1987,” by Joseph Cutshall-King. 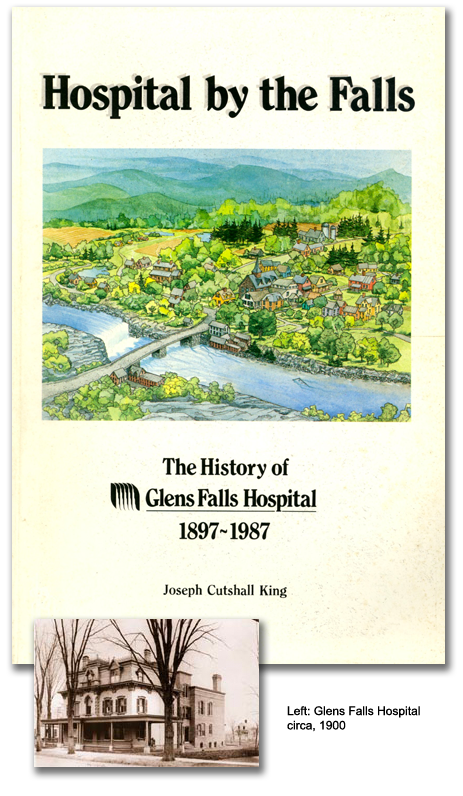